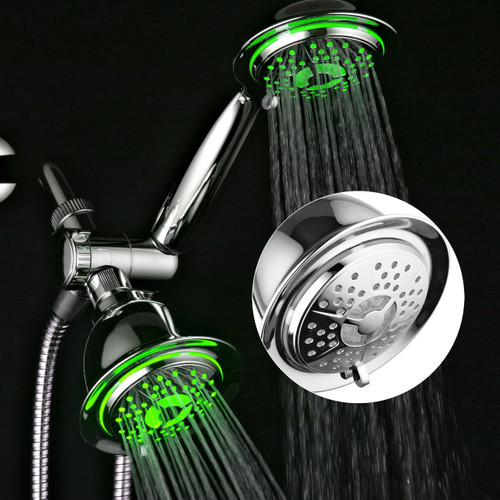 The All-Chrome 3-Color 3-Way Multi-Function LED Twin Shower Combo with Air Turbo Pressure Boost Nozzle Technology by DreamSpa is the only color-changing LED shower combo with a chrome face in the world! This shower includes a LED shower head and a LED hand shower. You can use the two LED shower heads separately or use both the LED Shower head and LED handheld shower together!

The LED lights change color automatically according to water temperature! You can connect this LED shower system in minutes without tools to any standard overhead shower arm.